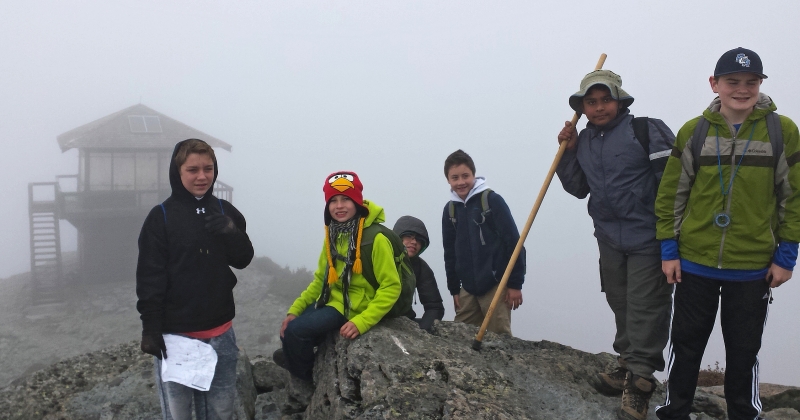 Troop 598 Scouts hiked to the Fremont Lookout at the foot of Mount Rainier. Though the skies were blue when we embarked from the trail head, the view was soon limited most of the time by lingering low clouds and fog. Even so, a number of wildlife was seen during our trek, including deer, pika, bear scat, chipmunks and to our surprise, rather close encounters with herds of mountain goats. We also enjoyed a rare sighting of Cascade Red Fox during the return trip. The gang stopped in Buckley for milkshakes and explored a former fire watch tower exhibit very similar to the tower they had just hiked to.